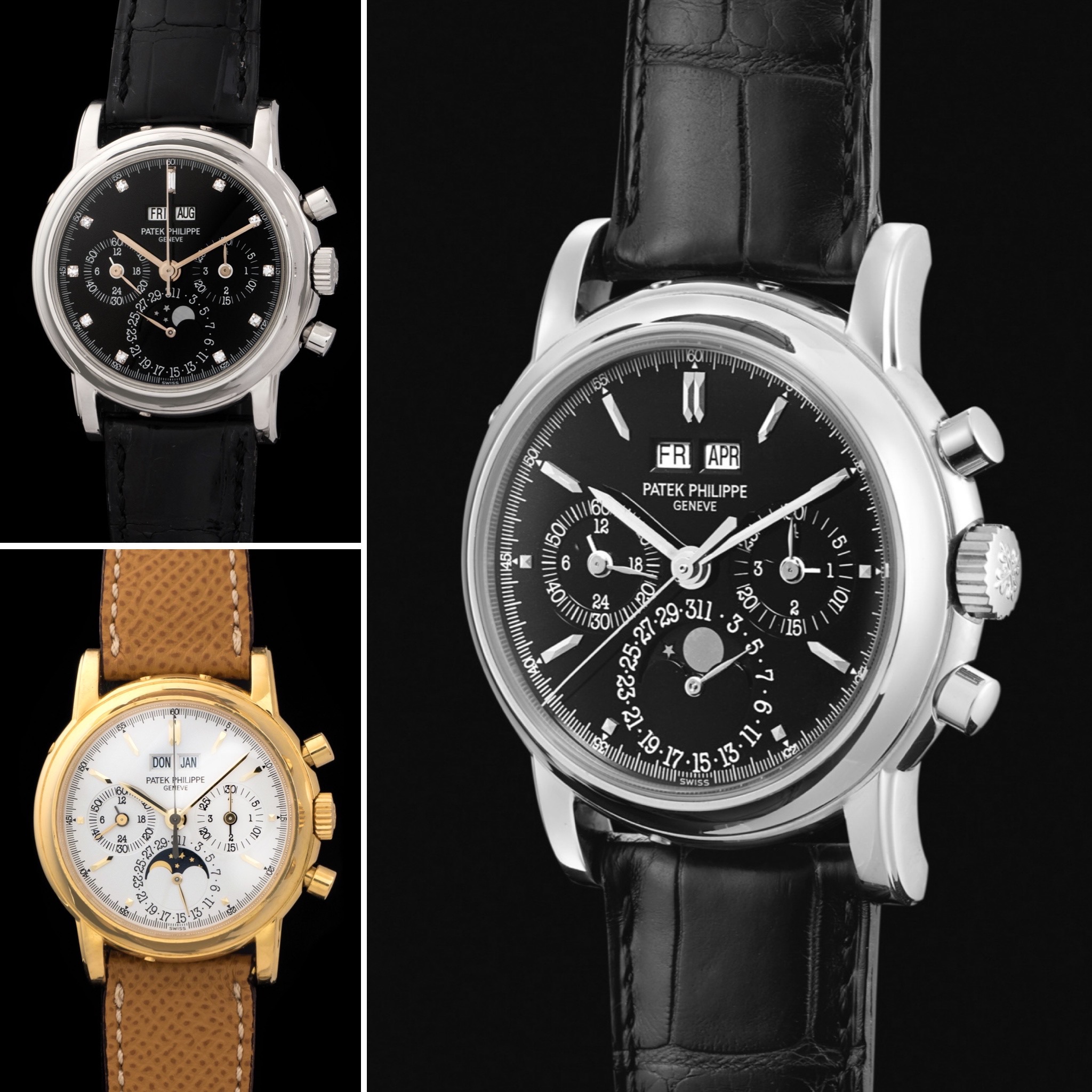 There is real opportunity with the Patek Philippe 3970, people are not really aware of that fact. It has long been agreed that the 3970 is perhaps the world’s most undervalued perpetual chronograph. Explanation? No one really knows. The balance of the watch is absolutely incredible, at 36mm it wears like a charm and the way it looks is just beautiful. Very much a classical Patek Philippe. Here is a thought: The 3970 is the child of the ref. 2499 and the father of the ref. 5970. Patek Philippe first released the ref. 3970 in 1986, at the tail end of the ref. 2499 and continued its manufacture for 18 years until capping production in 2004. The reference was available in 4 metals (yellow gold, rose gold, white gold, and platinum) – steel version/s are not documented, but if we have learned anything from Patek these past years we might be in for a surprise.

The caliber inside the ref. 3970 was a first for Patek as they chose a reworked Lemania 2310 movement. The laureled caliber quickly ascended in the ranks to become one of the most important movements ever made. The cal. 2310 is built on the foundations of the cal. 321, the very movement used on the original Omega Speedmaster. Of course true to Patek fashion a lot of re-finishing was done to later carry the designation CH 27-70Q.

The 3970 is a perpetual chronograph that fits perfectly as an everyday watch, it is that good. Its movement is as reliable as they come, while its design is executed to look classic yet sporty. Also, on second and third series 3970’s the case back comes in sapphire, exposing the movement inside.

Pictured is an example cased in yellow gold. The condition of the watch is mint plus and it comes accompanied by an official extract. A yellow gold watch can be worn on a daily basis, the pleasure it will bring you will be forever lasting. This particular 3970 was manufactured in 2002 and belongs to the third and final series. The sapphire back exposes the beautifully finished manual movement.

Patek Philippe 3970 in Platinum with Black Dial (with & without Diamonds)

Platinum is regarded as a white metal and when it comes to Patek Philippe there is a premium attached to it. This particular ref. 3970 comes accompanied by its original paperwork, box, and solid case back. A true full set. Two important features come together with this platinum version. A diamond index dial and a platinum case and buckle deployant. The dial is remarkable to look at while the platinum’s heft is unmatched by the other metals. A much rarer version of the 3970 in platinum is the one that is fitted with a black dial but without diamonds. These were made in exceedingly low quantities

At the current moment the Patek Philippe 3970 is the only perpetual chronograph that offers the most bang for the buck. No other complicated world-class Patek can be found at these price ranges. The ref. 3970 is a truly under appreciated watch but based on recent auctions we might start to see them performing the way they should. The vintage and important watch market is unpredictable and we believe now is the time to buy a 3970. The current prices are at their lowest point, but indicators show that will not be the case for much longer.